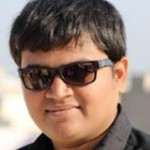 Short Essay On Child Labour :  The birth of child is one of the most amazing creations by GOD. The way a new life takes birth is again one of the many magic by GOD. Every parent wants to give their child best life. A life which they dreamed of having but could not have. A life full of facilities and ease. A life with less or no struggle.

A child is indeed the biggest responsibility of parents.

According to Wikipedia, Child labour is the practice of having children engage in economic activity, on part time or full time basis. India has ranged children under the age of 14 as child labours. The person who appoints this children under work is punishable according to law.
The sight of children working is not new to us. We all have witnessed children working at various places, but ever gave thought , what is the reason behind this?  Are these children working on their own wish? Does working make them happy? Don’t they feel like enjoying their life? Are their parents happy when they see their children working? Do they never feel like giving their children best of everything just like other parents? Doesn’t the sight of watching their child working gives pain to them?

In order to stop child labour Government has made various laws. Basic education upto 14 years of age has been made free. Midday meals is also served in government schools. Children are provided with books, bags, shoes, uniform and other items which are needed in school by the government so that the financial pressure on the parents doesn’t increases.

Despite the steps taken by the government, child labours are still there. Various NGO’s run thoroughout India to help the child labours but still thid practice has still not completely stopped. What is the main reason behind this?

At times the child labours are bonded labourers who are forced to work because of a bond which their parents made. Or at other times family’s poverty drags them to work. The child becomes another source of income to the parents. Hence instead of sending the children to the Government school parents prefer to send them to job for the need of money. They fail to understand the fact that they are not only depriving their child of education but are also snatching away the possibility of having a bright future from their child. Education is the only secure path which can lead their child to success.

The practice of child labours is one of the major reason of over population in India. The greed of money forces the parents to have more children, as even they act as a source of money.

This practice deprives the child from his childhood and puts the child under physical and mental stresses. It is also not sure that the conditions under which the child work are hazardous or not. Many a times it can happen that the child is working under extremely hazardous conditions.

The gap between the poor and rich will only decrease when this practice will be completely stopped.

Why Drinking Alcohol Should Be Banned? : Essay , Speech , Paragraph

Why Drinking Alcohol Should Be Banned? : Essay , Speech , Paragraph

10+2 Experiences Of Your Hostel Life You Will Miss Them

Oct 23, 2020 Charmin Patel
We use cookies to ensure that we give you the best experience on our website. If you continue to use this site we will assume that you are happy with it.Ok