India became independent on August 15, 1947 and the English and Hindi versions of the Constitution was signed by the National Assembly on 24th January, 1950. The word Republic means, a state where Supreme power belongs to its people and has a President rather than a monarch. Indian Republic Day is celebrated on 26th January, it observes the date when the Indian Constitution came into force. On this day in 1950, Purna Swaraj was proclaimed and that is why 26th January was chosen as the republic day. The Republic Day is celebrated at the Raj path, situated at the capital of New Delhi in the presence of the President. One of the major attractions of Republic Day is the Parade which takes place over 3 days. Republic Day is a National holiday. Tribute is paid to Indian cultural diversity and heritage. Three prime defence sectors namely Air Force, Navy and Army showcase their talents, grace and power. Different regiments of the Indian Army, Navy and Air Force march past along with their bands and decors. The President of India takes the salute. The President is also the Commander in Chief of the Indian Armed Forces.

The Prime Minister of India places a flower wreath at the Amar Jawan Jyoti at India Gate to offer respect towards the bravery of the martyrs. A cavalry unit escorts the President of India at the ceremony. The Army then plays the National Anthem of India Jana Gana Mana. The song Sare Jaha Se Achcha is also played in the end. Various eminent personalities from various countries are invited to be a part of this ceremony as a chief guest. 2015 event was quite remarkable as U.S President Barrack Obama was invited to be the chief guest. He was the first U.S President to be invited for the event.

Speech on Republic Day By President of India

On this day the President honours the martyr’s families who sacrifice their lives for the sake of our country with Param Vir Chakra, the highest military decoration. Presentations and dance forms are performed from every state of the country to show the rich diversity India has. Motorcycle rides and stunts are also part of the extravaganza. The parade ends with a “fly past” by the Indian Air Force, where fighter planes, fly past the dais, representing, salutation to the President. Trails of smoke in the three colours of the Indian flag that is saffron, white and green are seen in the sky.

Thousands of people gather to witness the patriotic celebrations and the event is also broadcast live on Doordarshan. Careful and special attention is given on the security part to ensure no dreadful events take place at the venue. Not only Delhi but the whole of India celebrates Republic Day with a whole heart. Schools, offices, colleges celebrate this day by hoisting of the Indian flag and organising cultural programmes and events. 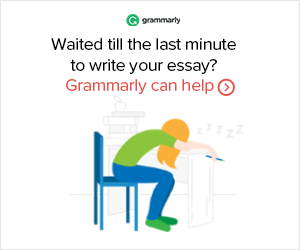